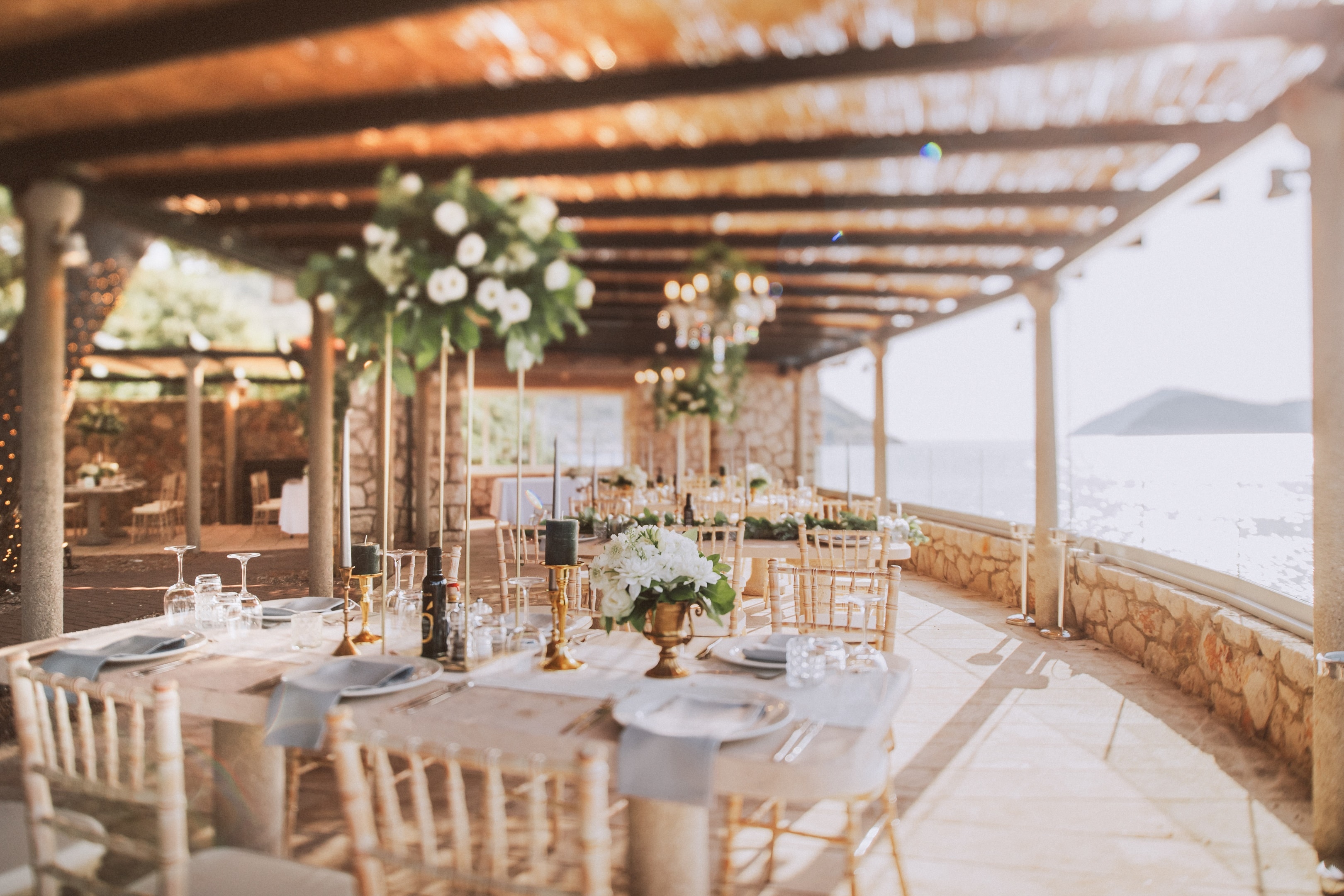 What is the most beautiful location to get married in Croatia? A pretty common question among brides-to-be. Especially for those who are looking for the right place to celebrate their wedding in Croatia. According to many Croatia wedding photographers, Croatia undoubtedly boasts many breathtaking destinations for amazing wedding celebrations. Just think of Porec for instance, with its Villa Polesini. Rovinj with Crveni Otok (Red Island) as well as Grand Park Hotel, or Novigrad. Nevertheless, a romantic wedding in Dubrovnik would be definitely among the best choices.

Especially when it comes to Villa Rose. And here comes unquestionably, the importance of hiring a Croatia wedding photographer you can trust. A Dubrovnik wedding photographer that will take stunning portraits of you two. In other words, the one who will depict your love in the very best light.

Coupled with Venice, Dubrovnik is in fact, the summer holiday destination for many famous people from all over the world. But not only. Indeed, a lot of couples have fallen in love within the walls of Dubrovnik. Just imagine how many love stories have seen the light thanks particularly to Game of Thrones. How many guys met their other half indeed,  during a Game of Thrones tour around the city. In light of this, many of them often return to celebrate their wedding. Dubrovnik is undoubtedly one of the most beautiful cities in Croatia. You will fall in love with it even and especially from a historic point of view. And what about its architecture? Undoubtedly, it is surrealistically beautiful. If you are a lover of Venetian architecture, your time in Dubrovnik will be obviously well spent!

It is well known that in the last decade Dubrovnik has become the center of different modern cultural events. What makes Dubrovnik amazing and so unique is its City Walls. A great remnant fortification system of the Middle Ages. With a such rich historical legacy, this unique medieval city has also become an ideal and so perfect location for the film industry, In fact, Dubrovnik became the main location for the imaginary city of King’s Landing in the popular Game of Thrones. In addition, the vast popularity of Game of Thrones contributed to the city’s already well-established reputation. This obviously, made Dubrovnik as a world-known go-to touristic destination. This also increased the interest among couples to get married in Dubrovnik.

THE CHARM OF VILLA ROSE ON KOLOCEP ISLAND

When planning a destination wedding in Croatia, you must choose carefully the right wedding venue. In other words, you can’t help but consider wedding villas as the ideal place for both ceremony and reception. Especially choosing Dubrovnik. In most of them, you can arrange symbolic as well as civil weddings. With this purpose in mind, Dubrovnik has a lot of beautiful places to see and to consider for such celebrations. For example, a baroque church in the heart of the Old Town or Renaissance palaces such as Sponza Palace. Mentioning wedding villas though, such as Villa Rose or most importantly Villa Argentina, these catch the couples interest. As a wedding photographer in Dubrovnik, we couldn’t agree more with them. The perfect combination of a seaside setting and a of course, an environment still stuck in time. They both have in fact, a nice garden at your service ideal for intimate ceremonies or even elopements. Villa Rose though, is something different.

With attention to the romantic charm of it, it must be remembered an interesting anecdote. Villa Rose, built in 1930’s is truly a symbol of true love. In fact, it was a gift from a rich Dubrovnik’s merchant to his wife. This little piece of heaven is certainly one of the most romantic and beautiful places on the Adriatic Coast. Hence, what a better place to say ”I do” ?!

Elegant rustic decors with touches of luxury are what make Alison and Adam’s wedding at Villa Rose so completely romantic. We were so happy to be their Dubrovnik wedding photographer at Villa Rose!

To begin with, Alison and Adam flew in from America to celebrate their Croatia wedding in Dubrovnik. Choosing Villa Rose as wedding venue, both ceremony and reception took place there. The ceremony in the garden while the reception at the terrace. In other words, a beautiful terrace facing the Adriatic sea. In the light of this, Villa Rose is such a charming and romantic venue. Its gardens for instance, are a quiet refuge for scenic contemplation. See the section of the blog where Alison, together with her parents and some friends was waiting for the bridal party. They cooled down in the garden waiting and enjoying the relaxed view towards the coast.

At the end of the ceremony, we didn’t have a lot of time for wedding photos though. But as can be seen, the wedding photo session went great anyway. Some photos of the lovebirds wandering around the garden, and a few candid ones with a view on the pear at sunset. This is it 🙂

Another key point which deserves to be mentioned is the island where Villa Rose is based. The island of Kolocep. It is indeed, one of the three inhabited Elaphiti island. A small archipelago situated near Dubrovnik. What makes the island of Kolocep particular, is surely the clear water that surrounds it. In other words, a paradise with an unreal sea colors. From deep blue to turquoise. What’s more, for the lovers of the sea, there is also an area off shore where lobsters abound. What an interesting feature of this little island, isn’t it? Moreover, visiting Kolocep you will see a lot of tall pines and olive groves.

As Italy, Croatia is obviously full of history. For example, just think that, the first evidences of human habitation there, date to the times of Ancient Greece. Afterwards, the island was an important shipbuilding site. This, since the glorious times of the Republic of Ragusa. There is room also for Archaeology lovers 🙂 Indeed, on Kolocep island have been found a lot of archaeological remnants. Interesting rests for instance, of ancient European conquerors. Starting from the ancient times, previously mentioned, of Greece and Rome to the Napoleonic ones.

Did you know that Kolocep island is strictly related also to Christopher Columbus? In fact, an interesting thing to know is that, two members of his crew on the Santa Maria, were sailors from the island.

All things considered, if you are planning a wedding in Dubrovnik you will be amazed by a lot of locations. All venues mentioned previously combine beauty, romance and most importantly good food. In conclusion, getting married in Dubrovnik is itself a winning choice. After all, George Bernard Shaw stated: ” Those who seek paradise on Earth should come to Dubrovnik”. Therefore, let your Croatia wedding photographer guide you to find out the best spots for weddings. Not only weddings. But also other types of celebrations. Important events such as elopements, engagements, anniversary or honeymoon.

LOOKING FOR YOUR WEDDING, HONEYMOON, ELOPEMENT, PROPOSAL OR ENGAGEMENT PHOTOGRAPHER IN DUBROVNIK?

wedding in october 22 30 people and under 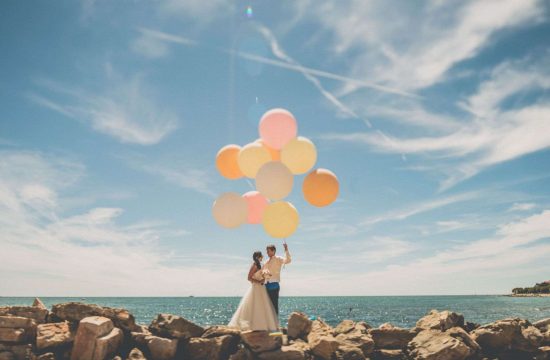 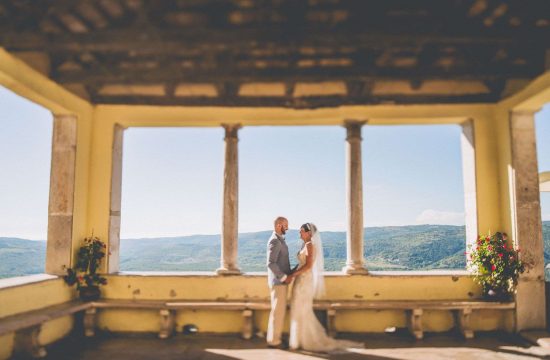